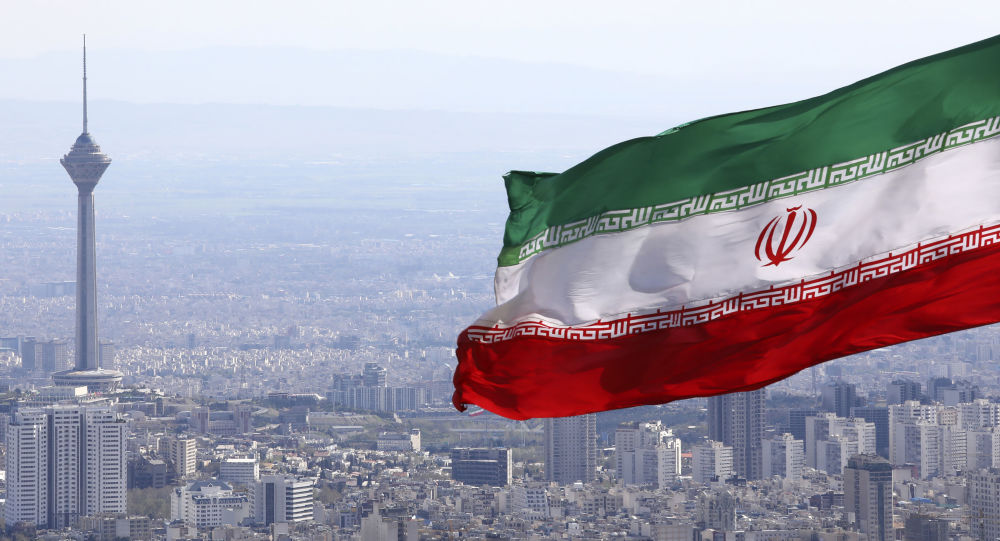 Pompeo began a whirlwind trip to Europe and the Middle East on November 13, visiting France, Turkey, Georgia, Israel, the United Arab Emirates, Qatar and Saudi Arabia along the way. The trip, possibly the last in his capacity as secretary of state, is set to wrap up on November 23.

US Secretary of State Mike Pompeo’s Mideast trip resembles a farewell tour in pursuit of Washington’s failed regional policies, and signals that the ‘window of opportunity’ for disgraced regional allies who have allied themselves to the Trump administration is being closed, Iranian Foreign Ministry spokesman Saeed Khatibzadeh has said.

“The US Secretary of state, whose term in office is coming to an end, seems to be more interesting in doing some ‘political fishing’ for the future than in pursuing US government policy,” Khatibzadeh said, speaking at a press conference on Sunday.

“Some countries,” he said, have opened a “window to all the troubles that they have disgracefully created for themselves,” adding that “three or four infamous countries which are isolated among their own people” which will face problems in the future.

“Unfortunately, some of the rulers of countries in the region spent all of their dignity and honour on people that have been voted out by the American people,” Khatibzadeh suggested, referring to Pompeo and the Trump administration.

The spokesman emphasized that “the sooner these countries return to regional cooperation, the better.”

Khatibzadeh also blasted Pompeo over his demonstrative visit to Israeli-occupied territories in the West Bank and Syria’s Golan Heights during his Israel trip, suggesting that the secretary would have never been able to do so “were it not for the betrayal of some Arab rulers.”

“The inhumanity of the current regime in the White House and the betrayal of some rulers in the region are two sides of the same coin, and those who have created this atmosphere must be held accountable,” the spokesman said.

A Syrian government source echoed Khatibzadeh sentiments regarding the Golan Heights, calling Pompeo’s visit to the occupied territory “provocative” and blasting Israel for its repeated “aggressions” against Damascus recently. The source emphasized that Pompeo’s trip was a violation of UN Security Council Resolution 497, which declared Israel’s 1981 annexation over the Golan Heights to be “null and void and without international legal effect.”

The @realDonaldTrump Administration’s recognition of Israeli sovereignty over Golan Heights demonstrates our commitment to a strong Israel. My visit to the Golan Heights made clear that the threat to Israel’s security from Iran and its proxies persists and cannot be ignored. pic.twitter.com/iaBTKBnzoe

The Trump administration recognized Israeli ‘sovereignty’ over occupied Golan in March 2019, and in January 2020, tentatively approved the occupation of internationally-recognized Palestinian territories in the West Bank by Israeli settlers.

The Trump administration facilitated a peace deal between Israel, the UAE and Bahrain in September, with the agreement, known as the ‘Abraham Accords’, making Abu Dhabi and Manama the third and fourth Arab countries, and the first in the Persian Gulf region, to establish diplomatic ties with Israel. A month later, Sudan approved a similar agreement in exchange for a Us commitment to remove Khartoum from its list of state sponsors of terrorism.

Iran joined the Palestinian Authority in blasting the UAE, Bahrain and Sudan over the treaties, calling Abu Dhabi’s decision a “huge mistake” and a “historical stupidity doomed to failure,” and warning Bahrain’s royal family that it “should await harsh revenge” from Islamic fighters planning to “liberate Jerusalem.” As for the Sudan-Israel agreement, Tehran accused Khartoum of paying “a ransom” to be taken off the state sponsor of terror listing.

KARACHI: The European Union Commission on Wednesday refused to lift the ban on allowing Pakistani flights to operate in...

REUTERSWith the clock running down his presidency, Donald Trump has rewarded some of his top fundraisers with plumb federal...

‘Wish I could see your pretty lips’