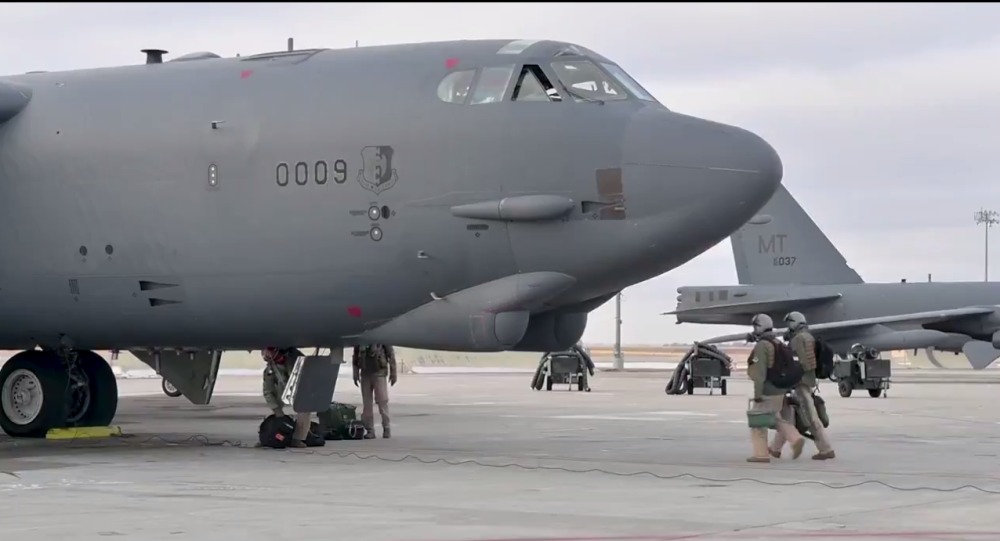 On Tuesday, the Trump administration announced troops cuts in Afghanistan and Iraq by January 15 as a result of Trump’s peace deal with Taliban earlier this year and his 2016 presidential campaign pledge to end any ongoing global warfighting by US troops.

The US Central Command deployed B-52 bombers to the Middle East, strengthening the US Air Force strategic presence in the region as a means to “deter aggression and reassure US partners and allies”, the US military wrote in a statement on Saturday.

The move was made in light of recent news of a Trump decision to withdraw the next part of its troops from the region by January 15, 2021, further reducing the contingent to some 2,500 in Afghanistan and in Iraq, respectively.

Lieutenant General Greg Guillot, the commander of the US 9th Air Force, said in the statement that the mission was performed by air crews on “short notice”.

“The ability to quickly move forces into, out of and around the theater to seize, retain and exploit the initiative is key to deterring potential aggression,” he said. “These missions help bomber aircrews gain familiarity with the region’s airspace and command, and control functions and allow them to integrate with the theater’s US and partner air assets, increasing the combined force’s overall readiness.”

This mission coincided with Saturday’s presence of US Secretary of State Mike Pompeo at a peace negotiation’s new round between the Taliban* and the government of Afghanistan, held in Qatar.

During his 2016 presidential campaign, Trump made the pledge to end “endless wars” fought by US assets abroad, promising to withdraw at least part of those US troops stationed in Iraq and Afghanistan.

Trump struck a deal with the Afghan Taliban in February and soon thereafter the US commenced a withdrawal of troops from the territory.

At the moment, the number of the US military personnel is approximately 3,000 in Irag and 4,500 in Afghanistan. According to the Pentagon statement, the last time the B-52 ‘Stratofortress’ bombers were in the Middle East was in early 2020.

* Taliban is a terrorist organisation banned in Russia and many countries

If the Chang’e-5 mission is successful, China will become third country after US and Russia to collect lunar material.China...

Ads Inc. Shut Down, But The Tools It Used To Scam Facebook Users Out Of Millions Have Lived On

In the fall of 2019, Facebook sent a cease-and-desist letter to Ads Inc., a San Diego marketing firm that...

"Julile I, Parktown, Johannesburg" (2016)"I am re-writing a black, queer and trans visual history of South Africa for the...

Illinois trolls Nebraska after blowout win: 'Thanks for bringing back B1G football'

Potential “bribery-for-pardon” scheme under investigation by the Justice Department