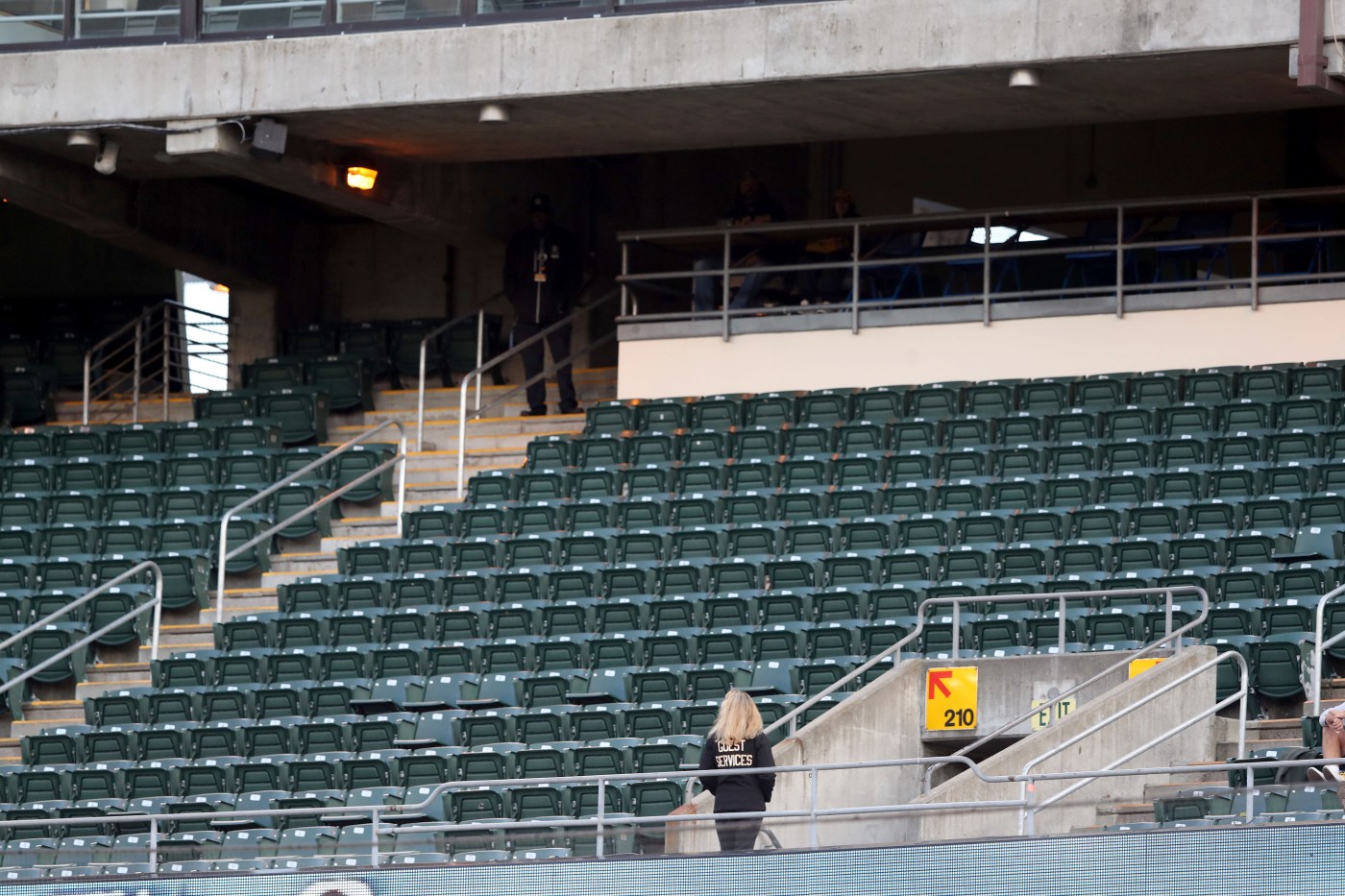 Reaction to Pac-12 developments on and off the field …

1. The cost of empty stadiums.

For a moment, for a nanosecond, there was hope for fans who want to be fans.

The state of California announced this week that spectators would be allowed at sporting events, potentially clearing a path for seats to be filled in Pac-12 stadiums.

After all, the university presidents and chancellors had decreed this a fan-free season as a show of solidarity with the California schools.

But it quickly became clear that there would be no path through the turnstiles.

The California revision of guidance was only for the professional teams — it said nothing about college sports.

Status quo for USC, UCLA, Cal and Stanford means spectators were a no-go for the other eight teams.

The Hotline ran some rough estimates to provide a framework for the financial implications of empty stadiums.

We examined football ticket sales for the five schools that make their NCAA statements of revenues and expenses available on their websites: Washington State, Utah, Oregon, Colorado and Cal.

Statements from FY19 were used in order to create an apples-to-apples comparison: The home-and-away rotation used for division games in 2018 mirrors what’s in place this season.

Ticket revenue listed on the five financial documents averaged $13 million per school — or approximately $156 million for all 12 teams had this been a full season with spectators.

In this abbreviated fall, with about half the number of home games, we’re left with an estimate of $6.5 million per school in ticket revenue, given full stadiums.

Had spectators simply been allowed at reduced levels — say, 20 percent of stadium capacity — that’s about $1.3 million per school in revenue.

The decision to proceed free of fans, made in the name of solidarity and safety, was a costly one. But not outlandishly so.

2. A reminder from San Diego …

The Holiday Bowl announced this week that the 2020 event has been canceled because of Covid, a move that underscores the tenuous nature of the upcoming postseason.

We’ll assume the New Year’s Six will be played (Rose, Sugar, Cotton, Fiesta, Peach and Orange), but beyond that group — and the national championship game— uncertainty reigns.

The traditional qualification standard (six wins) has been lifted for this season: A team that finishes 2-5 or 1-6, in theory, could go bowling if there’s a slot available.

There will be fewer than normal, for sure.

The Holiday is the second bowl affiliated with the Pac-12 to pack it in, following the Redbox.

That leaves the conference with the following commitments for the 2020 postseason:

Given the state of affairs in Southern California and the affairs of state in Sacramento, we should not count on the inaugural L.A. Bowl — a Pac-12 vs. Mountain West matchup — being played as scheduled.

The Pac-12 is down to six partners — for now. That total could shrink sooner than later.

3. A reminder from Eugene …

No game, no scrimmage, no practice is safe.

The Ducks were forced to cancel a planned scrimmage on Saturday because of five positive antigen tests within the program.

“They’re all asymptomatic, as normal as can be, and they’re all in isolation and working with the medical staff and local health to make sure that all protocol is followed,” Oregon coach Mario Cristobal explained to reporters following the announcement.

The players, coaches or staff who tested positive — we don’t know their identity — will undergo a confirmatory PCR test.

If the PCR result is negative, the players/staff would be treated as negative under Oregon health guidance, according to the Oregonian.

But what if the five positive antigen tests had occurred the week of a game?

The Pac-12 hasn’t yet provided clarity on its return-to-competition criteria in the event of a suspected false positive.

And that’s one of several issues that required resolution before kickoff in two weeks.

Four others that come to mind:

— The protocol for teams reporting positive tests to the conference office and their opponent during game week.

— The (potentially tricky) use of the College Football Playoff standings in the tiebreaker process for determining division winners.

— The schedule format for Week Seven: Will it be left open for makeup games or reserved for cross-division matchups based on standings?

— The plans for audio during Fox and ESPN broadcasts: Will the networks add their own crowd noise to what will be piped into the stadium by the home school?

Three years after it was ensnared by an FBI investigation, Arizona has finally received its Notice of Allegations from the NCAA.

The Wildcats are under no obligation to reveal the charges against them, and don’t plan to:

“The University of Arizona has received a Notice of Allegations (NOA) issued by the NCAA enforcement staff. However, in order to protect the integrity of the ongoing enforcement process, the University is not releasing the NOA at this time.”

But this much we know: Closure isn’t close.

In other words, we are likely to play the entire 2020-21 season — the fourth season since this all began — without knowing the outcome.

The Hotline hasn’t wavered from its contention that Arizona will get hit hard, both because former assistant Book Richardson committed a felony — it’s also a violation of NCAA rules on ethical conduct — and because Sean Miller will be held accountable for Richardson’s actions under Bylaw 11.1.1.1.

But the length of the investigation, even if you account for the federal trial and the pandemic, is comical.

The wheels of NCAA justice turn at the speed of continental drift.

5. Movement from Fox and ESPN

The kickoff times for the Nov. 7. games (except USC-ASU, which is 9 a.m.) will be announced on Monday as part of the traditional 12-day selection option.

Nope, the process for determining start times hasn’t changed, even with a short season.

Fox and ESPN have two opportunities each to use six-day selections, meaning four of the seven weeks could feature games that are reserved for six-day announcements.

In the past, the conference has released any kickoff times not being held for the six-day option, and we expect it to follow that approach again this winter.

The times for what are referred to as ‘special date’ games (i.e., the Friday kickoffs) were released this week.

Support the Hotline: Several Hotline articles will remain free each month (as will the newsletter), but for access to all content, you’ll need to subscribe. I’ve secured a rate of $1 per week for a full year or just 99 cents for the first month, with the option to cancel anytime. Click here. And thanks for your loyalty.

*** Pac-12 Hotline is not endorsed or sponsored by the Pac-12 Conference, and the views expressed herein do not necessarily reflect the views of the Conference.

Buddy, a Loveland horse, who wandered overnight into a frozen pond rested under a blanket Saturday morning after rescuers...

Stay-at-home orders are increasingly unpopular, wreak havoc on the economy and leave some people feeling even more isolated and...