‘They took his life too young’: Vigil held for 22-year-old man stabbed to death outside Anaheim bar 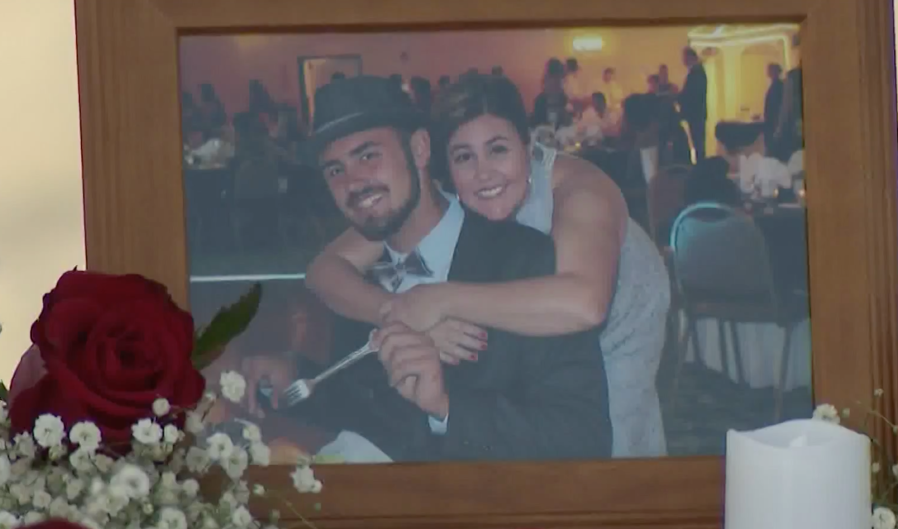 Friends and family gathered in Huntington Beach Saturday to remember the 22-year-old man who police say was stabbed to death during a fight outside an Anaheim bar late last month.

Cody Stewart was stabbed at least once during a fight with another man in the 1700 block of South Euclid Avenue around 2:30 a.m. Oct. 30, the Anaheim Police Department said. Loved ones of the victim have told KTLA he was trying to defend a friend.

The young man later died at a hospital.

“They took his life too young,” his mother Lauren Stewart said through tears. “He’s still my baby … he just needed to live the rest of his life, so now it’s us doing that for him.”

The mother was joined by other loved ones who came together in Huntington Beach to honor the young man, who was a 2017 graduate of La Serna High School in Whittier, where he played both football and baseball as a star athlete.

They lit candles, left flowers and displayed photos of Stewart on the beach.

Friends described Stewart as a “sweetheart” and remembered his involvement in the community, his time as a baseball coach and as a high school baseball player.

“It’s been really hard,” his mother said. “Just taking everything day by day, just getting justice for my child.”

Police have not released new details on the case or any suspects in the young man’s killing. Officers had detained one person in connection with the stabbing on Oct. 30 but didn’t release his name as the investigation was ongoing.

A GoFundMe campaign was set up to raise money for Stewart’s family and the funeral expenses. It had raised more than $26,300 as of Saturday.

Anyone with information on Stewart’s killing is urged to call Orange County Crime Stoppers at 855-TIP-OCCS.

RICHMOND (CBS SF) — Lincoln Elementary School in Richmond has a small, modest little library that is getting a...

FORT WORTH (CBSDFW.COM) – New data tracking the movements of North Texans is helping researchers gauge whether the Thanksgiving...

MINNEAPOLIS (WCCO) — The Maple Grove Fire Department and several other agencies battled a fire at a commercial structure...

Dakota Ridge scores on 12 straight possessions in rout of Montrose